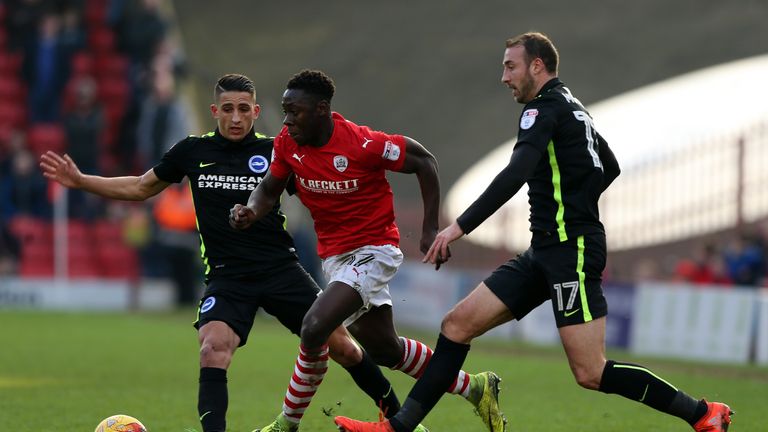 Yiadom is a target for Queen Park Rangers (QPR) but The Terriers are keen on completing the deal for the player despite their first bid being thrown out.

Sky sources claim Huddersfield Town have made a second bid as they want to lure the player over other interested sides. The Terriersare keen on adding players this summer as they seek to impress in the top flight. They want the highly rated full back to join them in the league.

Yiadom joined Barnsley last term on a free transfer after his time at League Two side Barnet. He went on to make a strong impression in the international scene with his debut for Ghana at the 2017 African Cup of Nations. All these drove up interest in the player. He has a year left on his deal with Oakwell but he is rejecting any renewal as interests in him rise exponentially. He has featured for Hayes &Yeading and Braintree so he has the required experience as well.

QPR are reportedly battling to retain defender Steven Caulker amid Celtic interest. There are reports that the player and his reps have met with Brendan Rodgers over a possible deal this summer. The Scottish Premiership side want to boost their defensive ranks ahead of a challenging season to prove that they were no fluke last term.